Note from author:  I would like to acknowledge the assistance of Ed Chaney, Deputy Director of the MAC Lab and Dr. Julia A. King, St. Mary’s College of Maryland in the preparation of this blog. Any errors are my own.

Figure 1. Tulip shaped tobacco pipe from the Pine Bluff site. Tobacco had social and spiritual significance for native peoples and in some cultures, stone pipes were used in treaty ceremonies.

This week’s Maryland artifact is a tobacco pipe recovered in the 1970s during an excavation at the Pine Bluff site (18WC20) near modern-day Salisbury in Wicomico County.  The pipe, made from fired clay, is in a shape associated with the Susquehannock Indians and often described as a “tulip” pipe.  Other materials found during the excavation, including gun parts, glass pharmaceutical bottle fragments and English ceramics, suggest that some components of this possible village site post-dated English contact (Marshall 1977).

By the time of English colonization, the Eastern Shore had been home to Maryland’s native peoples for at least 13,000 years (Rountree and Davidson 1997:20). Archaeological surveys have revealed evidence of short-term camps, villages and places where resources were procured and processed.  The abundant natural resources of the Eastern Shore—fish, shellfish, wild game and wild plants—made this area a favorable place to live.

A number of tribes, including the Nanticoke, the Manokins, the Wicomiss and the Susquehannock, lived on Maryland’s Eastern Shore at the time of European contact.  The Calvert government discouraged English settlement of the region during the colony’s first several decades (Rountree and Davidson 1997).  But the same resources that drew native peoples to the Eastern Shore also made it appealing to the British. 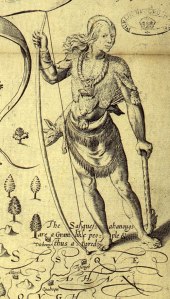 Figure 2. Susquehannock warrior from the John Smith Map of 1612.

After several aborted attempts in the late 1630s to engage the Susquehannocks, the English declared war on the Susquehannocks, Nanticokes and Wicomiss in 1642.  Although the war was theoretically sparked by an attack on colonists living on Kent Island, the larger motive for the conflict likely revolved around control of the Eastern Shore lands and resources (Rountree and Davidson 1997:90).  With assistance from the Swedes, the Susquehannocks defeated the British in 1644, but remained in a recurrent state of war with Maryland until 1652. 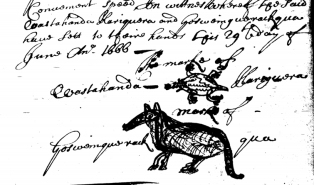 Figure 4. Signatures of two Susquehannock chiefs, in the forms of a terrapin and a fox, on a treaty signed in 1666.

By the early 1650s, the Susquehannocks were facing threats from the Iroquois and found it in their best interest to ally themselves with the British.  In July of 1652, six chiefs of the Susquehannocks ceded to the Maryland colony all of their territory from the Patuxent River to Palmer’s Island (now Garrett Island) on the western shore and from the Choptank River to the Northeast River, west of present day Elkton (Cadzow 1936:22).  Wording in the treaty showed that it was signed “at the river of Severne in the province of Maryland” (Riley 1887:30).  The terms of the treaty allowed the colonists to settle lands on the eastern shore without fear of Indian reprisals.  In return, the Susquehannocks received weapons with which they temporarily fought off the Iroquois.  When the Maryland colonists and the Susquehannocks renewed the treaty in 1661, the terms included a full alliance against the Iroquois.

The Susquehannocks, like other native groups, were ultimately not strong enough to withstand competition from colonists and other tribes.  Around 1677, the remaining Susquehannocks, decimated by disease and war, merged with their former enemies, the Haudenosaunee (Iroquois) Five Nations, based in New York.