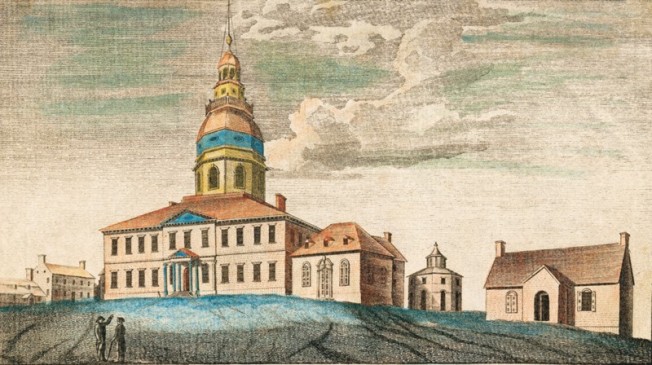 Figure 1. Charles Willson Peale, A Front View of the State-House &c. at Annapolis the Capital of Maryland, ca. 1789.   This illustration was made soon after the completion of the dome.  The acorn is barely visible above the dome.  Maryland State Archives.

Graffiti has been around since the dawn of humanity, it seems.  Considered in the right light, some people might deem Neolithic cave art as a form of graffiti. Archaeologists working at Pompeii uncovered many examples of graffiti, much of it x-rated. In my childhood, a popular youthful pastime was to paint the town’s water tower; today tagging boxcars and the sides of buildings with names is commonplace. So it should not be surprising that some residents of 19th-century Annapolis found a similar way to immortalize themselves at the Maryland State House.

In 1694, the capital of the Maryland colony was moved from St. Mary’s City to Anne Arundel Town, which was renamed Annapolis the following year.  Perhaps one of the most iconic landmarks in Annapolis is the State House, whose cornerstone was laid on March 28, 1772 (Brugger 1988).  Completed in 1779, it today is the oldest state house still in legislative use (MSA 2007). END_OF_DOCUMENT_TOKEN_TO_BE_REPLACED

May and June bring the Triple Crown of Thoroughbred Racing—the Kentucky Derby, the Preakness Stakes, and the Belmont Stakes—and Maryland is proud to claim the Preakness as its own.

Horse racing has a long and storied history in Maryland and this stirrup from the Smith St. Leonard Site (18CV91), a 1711-1754 tobacco plantation in Calvert County, is representative of the state’s long history with horses. This site contains remains of the only known eighteenth-century stable (c. 1711-1730) in Maryland, from which this stirrup was recovered. Estate details from the inventory, taken at the time of plantation owner Richard Smith Jr.’s death in 1715, reveal that he was breeding horses for sale.  The value of the individual horses however indicates they were work, rather than racing, animals (Cohen, personal communication 2010).

This conclusion is perhaps not surprising, since Thoroughbred breeding and racing did not really get underway in Maryland until the mid-eighteenth century; indeed the first Thoroughbred horse in the American Colonies was imported to Virginia in 1730 (Robertson 1964:16). END_OF_DOCUMENT_TOKEN_TO_BE_REPLACED

Figure 1. Print type in the letter “J” from the Victualling Warehouse site.

This artifact’s diminutive size (3 mm square) belies its importance in Maryland’s history.  I have chosen this piece of type in the form of the letter J to represent the history of printing and mass communication in our state.  This particular artifact is from the Victualling Warehouse (18AP14), a commercial and residential site near the Annapolis town dock.

The first printing press in Maryland, not surprisingly, was located at St. Mary’s City.  William Nuthead and his wife Dinah settled in Maryland in 1684 after Nuthead failed to establish himself at Jamestown as the Virginia colony’s first printer.  Nuthead ran afoul of Virginia’s governor, the Council and ultimately the King by publishing acts of the Virginia General Assembly (Virginia Gazette 2014). 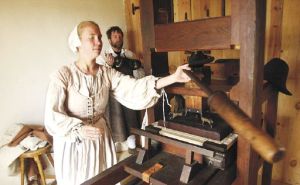 Figure 2. Historic St. Mary’s City has reconstructed William and Dinah Nuthead’s Print Shop and interprets the early history of printing in the colony to its visitors. Photo credit: SoMdNews.com.

Nuthead’s Maryland printing press was in operation by 1684 and he served as printer for the government, centered then at St. Mary’s City (Cofield 2006).  Archaeological excavations at the site of Nuthead’s shop have uncovered printing type (Saunders 2007).  After Nuthead’s death in 1695, his widow inherited the business (Sarudy 2011).

When the colony’s capital was moved to Annapolis less than a year later, Dinah Nuthead moved with it. There, she established herself as the first licensed female printer in the American colonies (Sarudy 2011).  Widow Nuthead agreed, under penalty of having her business shut down, only to print blank forms for government use.  Interestingly, she signed this agreement with her mark rather than her signature, suggesting that she could not read—a rather unusual state of affairs for the colony’s first female printer! END_OF_DOCUMENT_TOKEN_TO_BE_REPLACED

Figure 1. A sample of beads from Brownie Beach.

Two or three times a year, staff at the Maryland Archaeological Conservation Lab will get a call from a local citizen who has been beachcombing along the Chesapeake Bay at Brownie’s Beach.  While better known as a place for hunting fossils from the Miocene, the calls we get are about the small, colorful glass beads that are also a common find there.   Many people think they have discovered Indian trade beads, while in actuality the beads are of a more recent vintage.  Two likely explanations for why the beads are present at Brownie Beach have been posited:  that they are washing up from a 20th-century ship that wrecked nearby or that they were souvenirs from the now-defunct amusement park once located just to the north, in Chesapeake Beach.